Your Security Is Our Business!

Security cameras are a good investment to protect your assets, people and facilities. One important role a camera system plays is acting as a deterrent to most criminals. Thieves want the best possible odds while attempting to break into a building. Cameras present too much of a risk for the thief so most of the time they move on to another building without cameras. You'll never know how many times your building was the target of a thief and passed over because cameras were in use.

Comlock Security Group, Inc. have sold, installed, and serviced security camera systems since 1985. We use top quality products from manufacturers known for their dependability and support. Our bids/proposals are complete and include end user training.

From a simple camera system to a complex multi-camera monitoring center, we have it covered.

Each camera system we install is custom designed for your environment. We survey the location, evaluate your situation, and design a system that addresses both the areas the cameras will operate in and your concerns. What you end up with is a specifically designed camera system that gives you the best possible picture anytime of the day.  You will not get that with an DIY over the counter camera system! 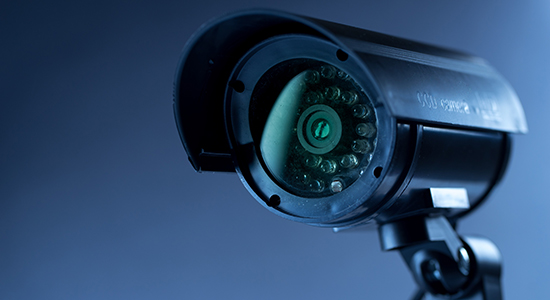 Security Camera Systems and Television are not the same things.

Surveillance  systems cannot be compared to the pictures you see on a TV set.  Pictures you see on TV sets and pictures you see on a surveillance system are two very different things.  Film Directors choose when to shoot a scene, best lighting, best angle, best time of day and they have a crew of people on the set that ensure things goes as planned.  Then they fix issues and make adjustments in editing.  If they don't like it, they re-shoot the scene again!  Security camera systems do not have that luxury!  Security cameras captures the events in real time as it's happening; no director, no second shots, no editing, no crew, no planning.  A properly designed security camera system will give you a very good picture ... but it's not television.  One deals with the everyday world and the other with the entertainment world!

Our technicians install the systems we sell; we do not use sub-contractors. This means you have one place to call for service work; no run-a-round or finger pointing to another company. It starts and ends with us.